Umol or micromole measures the amount of photons (light particles) that cover a specific area over a specific amount of time (per/s or per/day) when you can achieve maximum photons absorbable by your plant species this is called light saturation point (LSP). Light saturation point is important because this allows your plant to take full advantage of nutrients, use less water and to maximize the CO2 intake, provided the temperature and the humidity are at an optimal level.

There are many metric units that are used for different purposes. The most basic way to measure light is in English units called, foot-candle.

An instantaneous foot-candle measurement cannot take day-length into account but foot-candle measurements are certainly better than trying to make estimates of light with your eyes when analyzing light intensities (inside and outside) the growing space or greenhouse when using artificial light such as LED grow lights.

When understanding the relationship between light intensity, photosynthesis and respiration one must observe a few variables. Respiration does not respond to light so its curve is completely flat. Photosynthesis increases as you increase the light intensity from darkness. Where these two variables intersect, the rate of photosynthesis, measured as oxygen produced, matches the rate of respiration, measured as oxygen consumed. (Likewise, one could measure the reactions by carbon dioxide or sugar, etc.)

What intensities of light drive photosynthesis?

To the contrary, it is possible to supply your plant with excessive light or PAR (Umol/m2/s-1). Your plantation can only utilize so much energy which will leave you with either a stunted growth pattern rendering your gardening plans and end results with different variables such as different tastes and smells that are relative to quality and quantity.

The process of photosynthesis is basically where plants capture and organically fix the energy they get from the light source.  So at these higher intensities, the plant can add to its reserves, can grow, or can reproduce. However, whenever a plant is at intensities below the compensation point, it is burning up photosynthate (its compounds) faster than it is being produced. Kept here for any length of time it will be using up its reserves, and may even die. The above shown graph illustrates how a common houseplant will live just below that which is found in most rooms of your home. 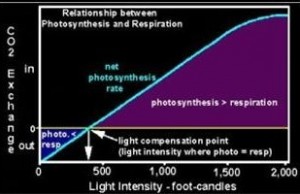 To note, not every houseplant has the same compensation point. Indeed a sun-loving crop plant would not survive in the same lighting conditions. It takes much more light for some plants to reach its compensation point and they would never survive because they aren’t receiving enough energy or food to survive. To the contrary, houseplants will burn up and their photosystems and will ‘bleach out’ when exposed to highly intense lighting systems.

The light wave passes a point much like a particle. These “packets” of light are called photons. In plant physiology we usually measure light intensity as photon flux density (PFD) measured in units of photons m-2 s-1.

The production of an oxygen molecule in photosynthesis theoretically requires just four protons and four electrons. However, in definitive measurements, the quantum efficiency observed is about 8-10 photons per oxygen molecule.  This is shown in the classic (1932) quantum efficiency plot of Emerson and Arnold where they measured the oxygen released in response to extremely bright flashes of light. They found that some 2500 molecules of chlorophyll was required to produce one molecule of oxygen, and that a minimum of eight photons of light must be absorbed in the process. The capture of light energy for photosynthesis is enhanced by networks of pigments in the chloroplasts arranged in aggregates on the thylakoids. These aggregates are called antennae complexes.

The “lips” are actually individual cells (called guard cells) that can swell up even further to close off the stomata. But why would a plant want to close off its stomata, effectively cutting it off from essential carbon dioxide? Well, plants also need water, and any time that a stoma is open, the plant loses water (along with oxygen, one of the waste products of photosynthesis). By closing the stoma when the plant has enough carbon dioxide, the plant can preserve its water and prevent itself from drying out. 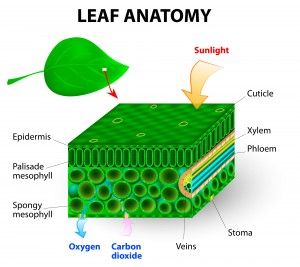 A leaf is made of many layers that are sandwiched between two layers of tough skin cells (called the epidermis). The epidermis also secretes a waxy substance called the cuticle. These layers protect the leaf from insects, bacteria, and other pests. Among the epidermal cells are pairs of sausage-shaped guard cells. Each pair of guard cells forms a pore (called stoma; the plural is stomata). Gases enter and exit the leaf through the stomata.

Most food production takes place in elongated cells called palisade mesophyll. Gas exchange occurs in the air spaces between the oddly-shaped cells of the spongy mesophyll.

Veins support the leaf and are filled with vessels that transport food, water, and minerals to the plant. 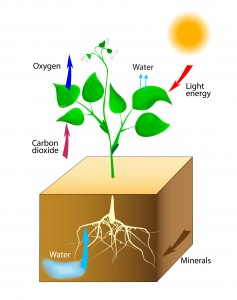 Life-Cycle of a Plant

Plants, like most land based life forms, need the a certain spectrum of light to allow the process of photosynthesis and uptake of CO2 (one of the basic building blocks for life). They also need good humidity (high humidity opens the stomata, which is the pore in the leaf through which the C02 enters the plant and oxygen exists), humidity is not to be confused with condensation which is generally bad for the plants and causes mold and other problems, the

What limits the rate of photosynthesis above the light saturation point?

There are two light-sensing systems involved in these responses, the blue light sensitive system and the red light sensitive or phytochrome system.  The great biological importance of photoreceptors is that they convert light (visible electromagnetic radiation) into signals that can stimulate biological processes. To be more specific, photoreceptor proteins in the cell absorb photons, triggering a change in the cell’s membrane potential.  A photochrome is a photoreceptor that plants use to detect light. The phytochrome molecule is the photoreceptor for red light responses.  It exists in two forms, Pr and Pfr. It is sensitive to light in the red and far-red region of the visible spectrum.  It is found in the leaves of most plants.  Photochromic pigments change their “colour” (spectral absorbency properties) upon light absorption.  The phytochrome system absorbs red light particularly strongly and  is a sharp peak around 650–670 nm

But once a red photon has been absorbed, the pigment undergoes a rapid conformational change and starts to absorb far infra-red also called near infra-red“at an approximate wavelength of 705–740nm.  Far-red (740nm) absorption type of photosynthesis is paired with chlorophyll A. The phytochrome pigment was identified using a spectrophotometer in 1959 by biophysicist Warren Butler and biochemist Harold Siegelman. Butler was also responsible for the name, phytochrome. 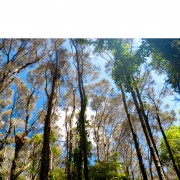 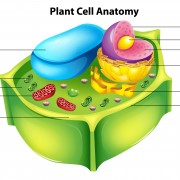 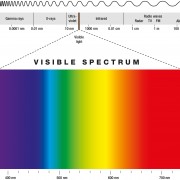 Light is Vital for Photosynthesis 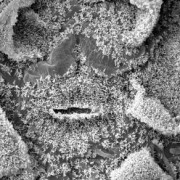 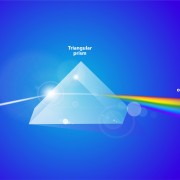 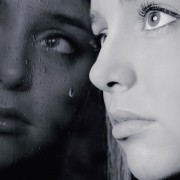 Are Your Tears Organic? 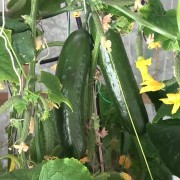 Keeping Your LED Light at a Proper Distance 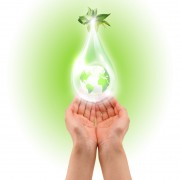