There is scientific research being evaluated with respect to warm whites and some people believe that warm whites are better for flowering plants while cool whites are more suitable for green, leafy growth. It is said, when used together, these bulbs are close to the full spectrum light that comes from the sun, but nothing matches the sun, nor is the combination true to the measure of full spectrum LED grow lighting.

One can extend their understanding of light with the measures of photons outside the ranges of 400–700nm. When we look at 360–740nm (ultraviolet through near infra-red) you begin to see that certain plants do use light outside of PAR, such as far-red light above 700nm which increases photosynthetic efficiency (this is called the Emerson effect) and also for hormone regulation.

UV light (below 400nm) plays an important role in triggering plants to create physiological changes such as pigmentation, vitamins and other substances, and for certain the hydrocarbon secretion of many plants. 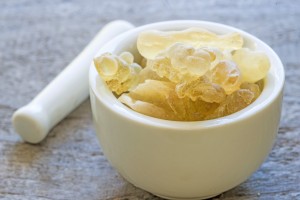 The Versatility of LED Grow Lights are incredible as a tool in the amazing endeavor of resin production. There is no consensus on why plants secrete resins but some would argue that they do so to prevent decay, protect itself from bacteria and to limit there loss of water. However, resins consist primarily of secondary metabolites or compounds that apparently play no role in the primary physiology of a plant. While some scientists view resins only as waste products, their protective benefits to the plant are widely documented and even more compelling evidence is emerging with the versatility of LED grow lights.

A simple example of this is when a resin producing plant is introduced to the Emerson effect which is the increase in the rate of photosynthesis after exposure to light of wavelength 670 nm far-red light and 700 nm, red light respectively.  Customizations can be made to an LED grow light to create a light stress that triggers plants to secrete more resins, when receiving intermittent intervals of infra-red and UV the plant sometimes produces a resin like compound which acts as defense mechanism to protect the itself.  This resin sometimes is collected and used for essential oils and other medicinal compounds just as softer odoriferous oleo-resins (frankincense, elemi, turpentine, copaiba) and gum resins containing essential oils (ammoniacum, asafoetida, gamboge, myrrh, and scammony) are more largely used for therapeutic purposes and incense.

Being very energetic, UV can break chemical bonds, making molecules unusually reactive or ionizing them, in general changing their mutual behavior. Sunburn, for example, is caused by the disruptive effects of UV radiation on skin cells, which can even cause skin cancer, if the radiation damages the complex DNA molecules in the cells (UV radiation is a proven mutagen). The Sun emits a large amount of UV radiation, which could quickly turn Earth into a barren desert, but most of it is absorbed by the atmosphere’s ozone layer before reaching the surface.

Ultra Violet (UV) is very energetic and can break chemical bonds by making molecus unusually reactive or by ionizing them. Sunburns are cause by the effects of UV exposure to skin cells, which can even cause skin cancer. If the radiation from UV damages complex DNA molecules in the cells, one could easily confirm that UV radiation is a mutagen.

In the scientific community there are concerns with increase exposure to UVB (280-320nm) and the associated consequences which directly relates to plant growth and development and the mechanisms underlying their responses. UVB effect a number of physiological processes including photosynthesis, through the effects of gene expression. Some plants have the ability to induce a number of defence mechanisms such as the production of UVB screening pigments, increased antioxidant enzymes and induction of pathogenesis related proteins. All effects from UVB are major macro-molecules and exposure can lead to irreversible effects including impairment and destruction of function within cells.

UVB can be a useful spectrum in plant physiology. For example, ultraviolet-B (UV-B) radiation impacts on the levels of a broad range of metabolites, including phenolic, terpenoid and alkaloid compounds. This includes several compounds that are pharmacologically active and/or nutritionally important! More data is being released in regards to details about the impacts on the nutritional and pharmacological characteristics of food products.

Not all JUST LED US grow lights have UV built into them but they can have UV LEDs fabricated right into the ‘chips’ therefore we do advise caution when using them.     Although exposure to UV is very low, we still believe it is in everyone’s best interest to be well informed and aware to understand that artificial UV, by LED is still harmful to your skin. With the sun, even small increases can have significant biological damaging effects. If you are going to be exposed to UV for extended periods of time wear sleeves and protective sunglasses. SAFETY FIRST! 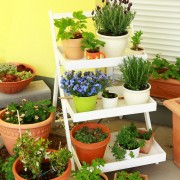