Tag Archive for: seed to harvest 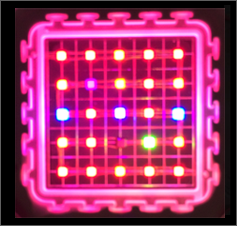 0 Comments
/
October 23, 2014
LED's are considered heavy-duty, they have no electrode or filament, and they are shock & vibration resistant. Led's turn on instantly, the do not flicker and they create focused light. LED"s are a higher upfront cost but as compare to that of their predecessor there are virtually no maintenance expenses. Unlike incandescent bulbs, which use a filament, or compact florescent lamps (CFL's), which rely on gas, LED's create light by exciting electrons. Inside each LED is a semiconductor material consisting of positively and negatively charged parts. When the light is turned on and an electricity strikes the semiconductor, electrons become charged and begin to flow from a negative to a positive layer within the semiconductor.
http://justledus.com/wp-content/uploads/2014/11/slide-1-slide-one.png 226 237 hyperweb1 https://justledus.com/wp-content/uploads/2014/11/JLU-logo-revised-300x191.png hyperweb12014-10-23 18:59:592018-06-06 21:59:43LED vs HID vs CFL’s